Create an Account - Increase your productivity, customize your experience, and engage in information you care about.

Hon. Thomas Mansfield brings over 30 years of legal experience to the bench, having graduated from New York Law School in 1985 and being a member of the New York bar since 1986.  He started his career as a litigator with the New York City Law Department and is a founding member of the local law firm, Mansfield, Gautier & Rosenthal LLP. He has also previously served as a Dutchess County Legislator and on the staff of the New York State Senate. He is currently a member of:

He has served as Town Justice in Red Hook since January 2019.

Hon. Jonah Triebwasser brings over 50 years of experience to the bench as a police officer, investigator, attorney, prosecutor and judge. He is a graduate of the John Jay College of Criminal Justice (A.A., 1971; B.S. 1972) and New York Law School (J.D. 1979), and is a member of:

He has lectured extensively on legal topics throughout the state and is the author of West Publishing’s Criminal Law Handbook (5th, 6th and 7th editions) as well as Magill’s Handbooks for Justice Courts.

He has served as Town and Village Justice in Red Hook since 2007.

Judge Triebwasser lead the pledge of allegiance and gave the welcoming address to our newest citizens at the Dutchess County Naturalization ceremony in Poughkeepsie. He joined County Clerk Brad Kendall, who administered the oath of citizenship and who, along with his staff, organized the event; keynote speaker Sherry Levin Wallach, Esq., President of the NY State Bar Association; and Hon. Christi Acker, Supreme Court Justice, who presided over the proceedings. This ceremony was part of the New York State Bar Association's observance of Constitution Day. Poughkeepsie was the site of New York State's ratification of the Constitution.

The Fellows is a global honorary society of attorneys, judges, law faculty, and legal scholars whose public and private careers have demonstrated outstanding dedication to the highest principles of the legal profession and to the welfare of their communities. Membership in the Fellows is limited to one percent of lawyers licensed to practice in each jurisdiction. Members are nominated by their peers and elected by the Board of the American Bar Foundation. Established in 1955, the Fellows support the research of the American Bar Foundation through their annual contributions and sponsor seminars and events of direct relevance to the legal profession.

Judge Triebwasser is a National Judicial College graduate and faculty member. He is also a graduate of the John Jay College of Criminal Justice (class of 1972) and New York Law School (class of 1979.) He is immediate past-president of the New York State Magistrates Association. 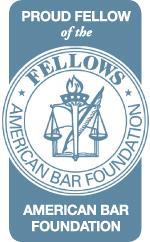 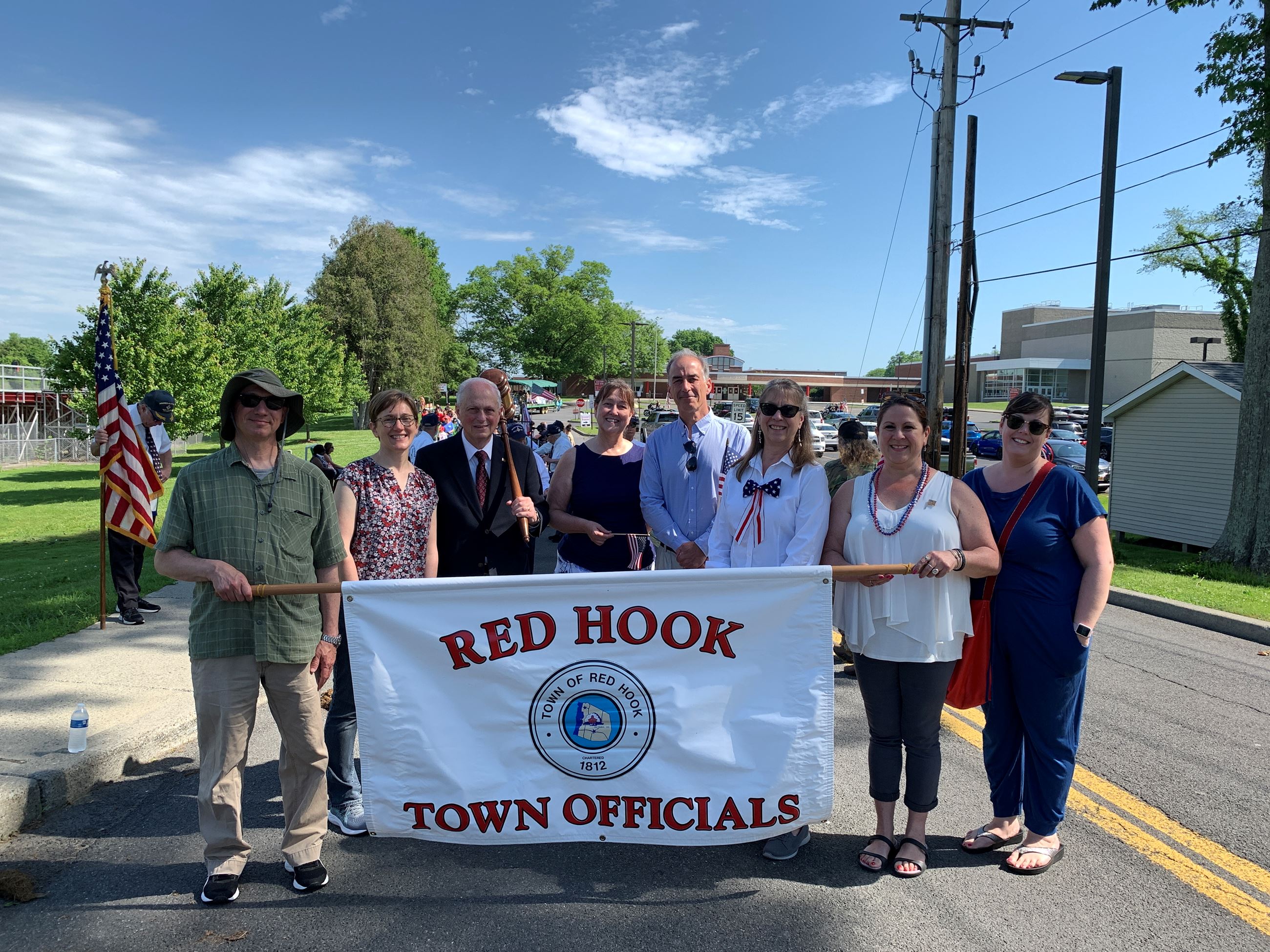 The National Judicial College in Reno, Nevada, has named Judge Jonah Triebwasser as one of their Judicial Ambassadors.
Through its Judicial Ambassador Initiative, NJC will support and educate judges and stakeholders about eliminating the masking of Commercial Driver’s License (CDL)-related traffic offenses on CDL records and other educational initiatives that will improve traffic safety. To provide this needed support and education, the Judicial Ambassadors will continuously educate themselves about the latest research on evidence-based practices that are shown to enhance Commercial Motor Vehicle traffic safety.
Judicial Ambassadors will assist in designing and implementing education and training materials for judges and support judicial education efforts by researching and drafting articles for the Federal Motor Carrier Safety Administration (FMCSA) and NJC publications.
They will research, prepare, and present webinars and courses on issues involving CMV safety, CDLs, and masking at annual judicial education conferences, lunch and learn opportunities, and other seminars.
Judicial Ambassadors are responsible for determining venues for providing education and locating avenues for supporting judges in eliminating masking and deferrals. Finally, they will attend annual NJC/FMCSA/Court Roundtable meetings and conference calls every two months. 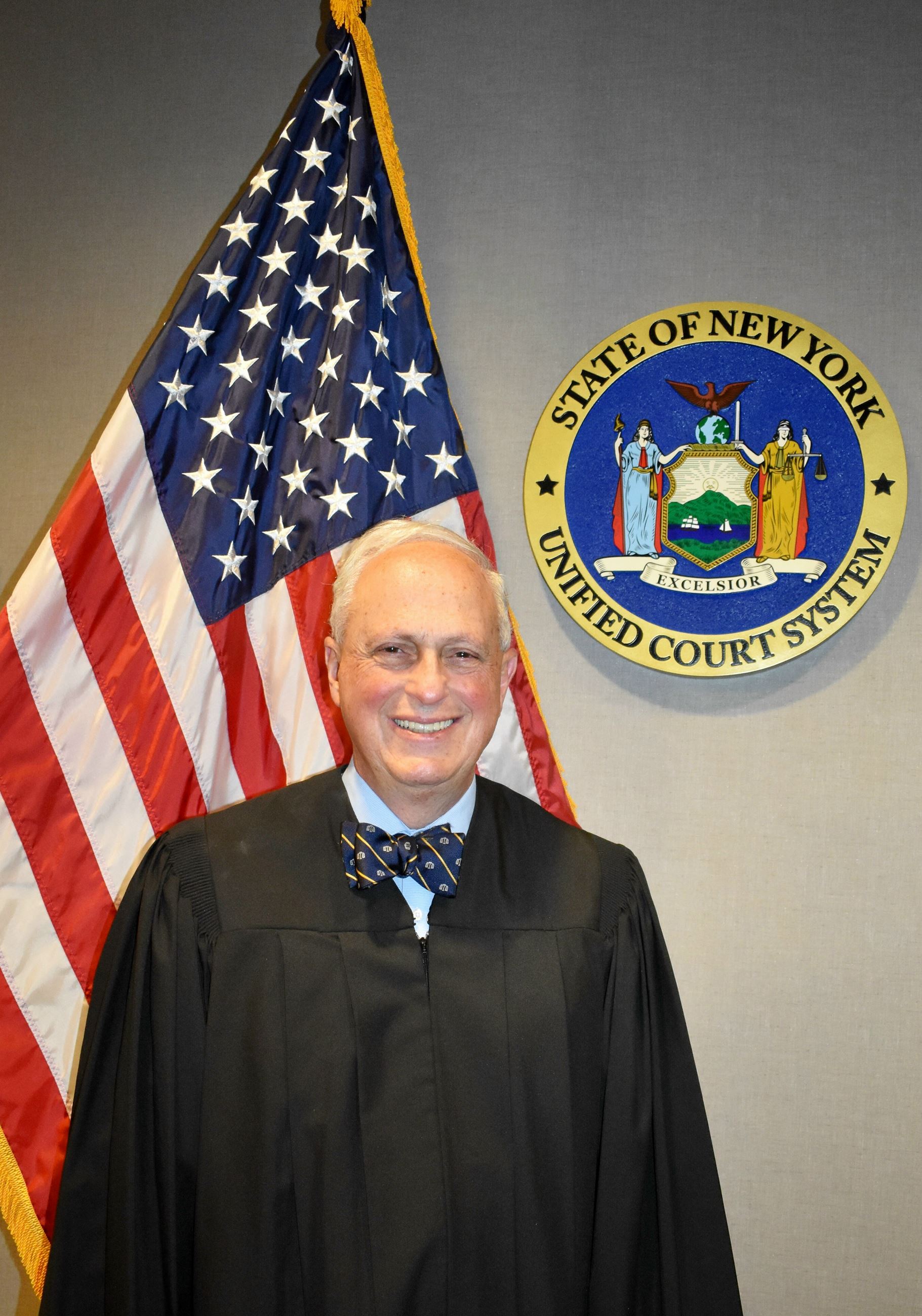 Judge Jonah Triebwasser was in Reno, Nevada, at the National Judicial College, as part of the planning committee for the Fall conference on issues concerning commercial drivers licenses (trucks and busses.) 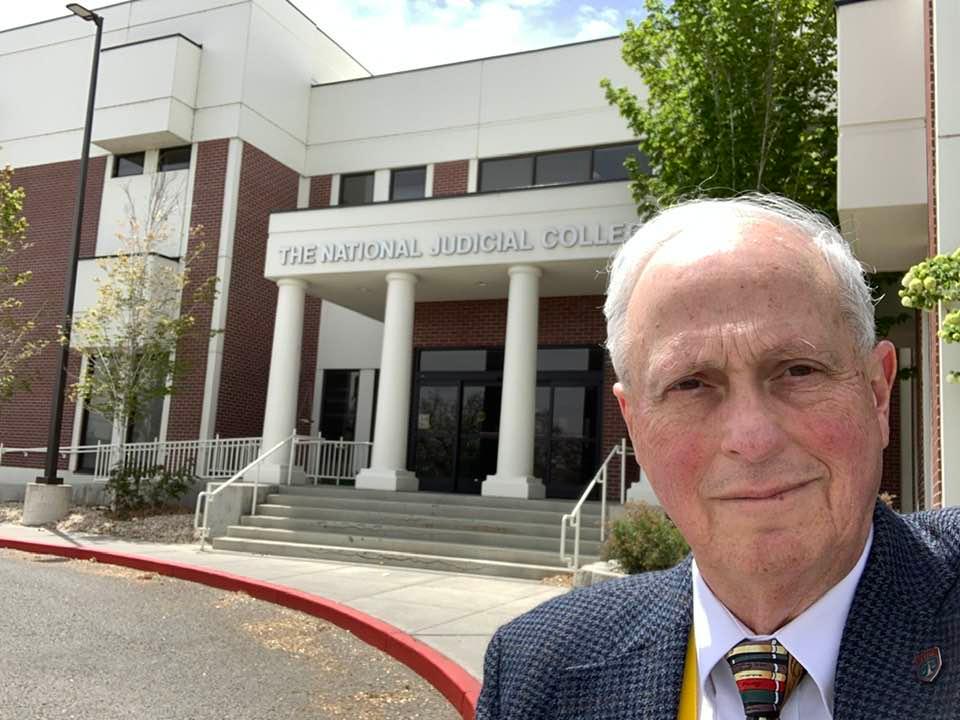 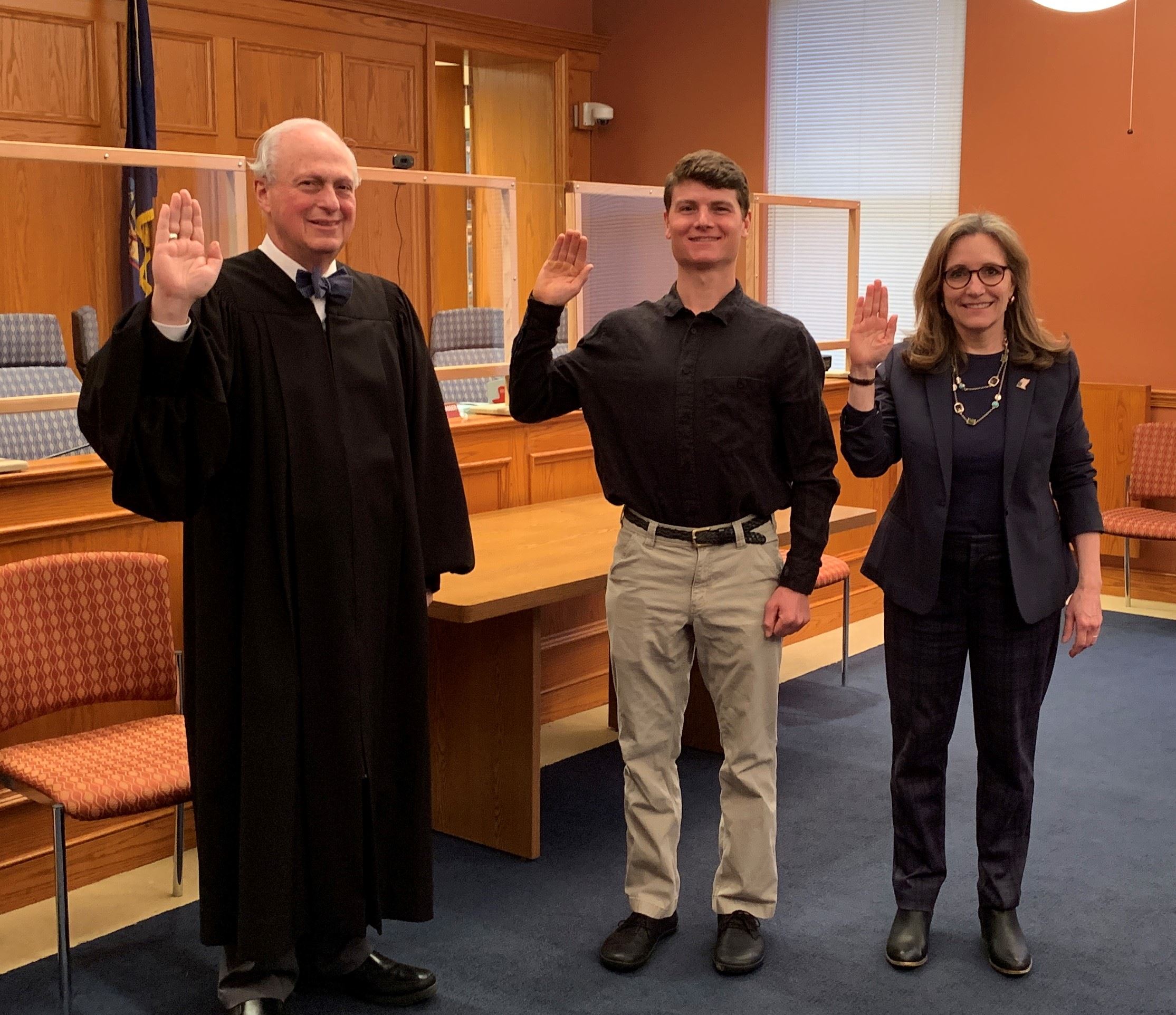 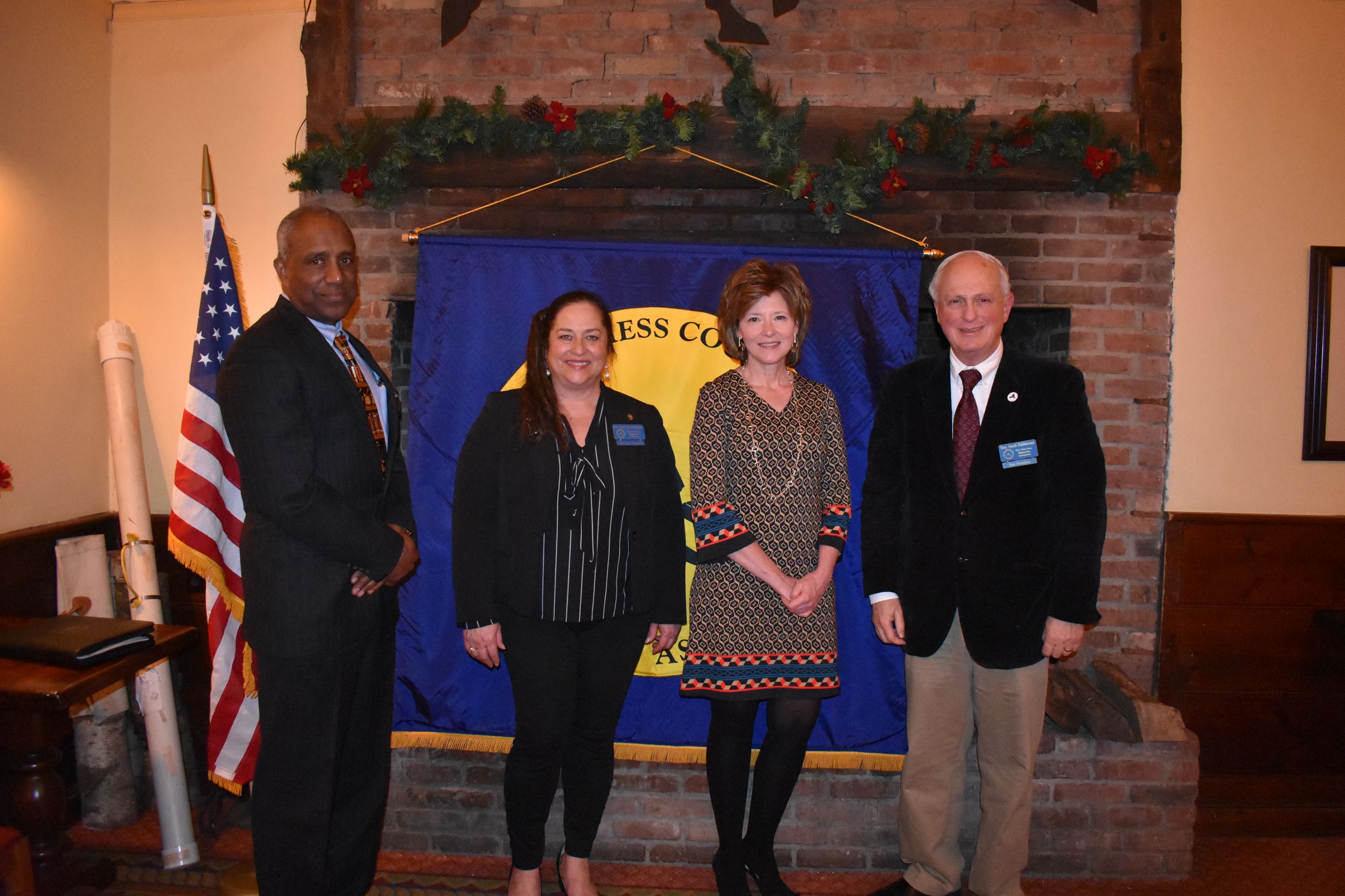 Congratulations
to the new officers and directors of the Red Hook Fire Company. I was honored to swear them in to their new positions. Thank you to all of the outstanding volunteers of the fire company who keep us safe every day. 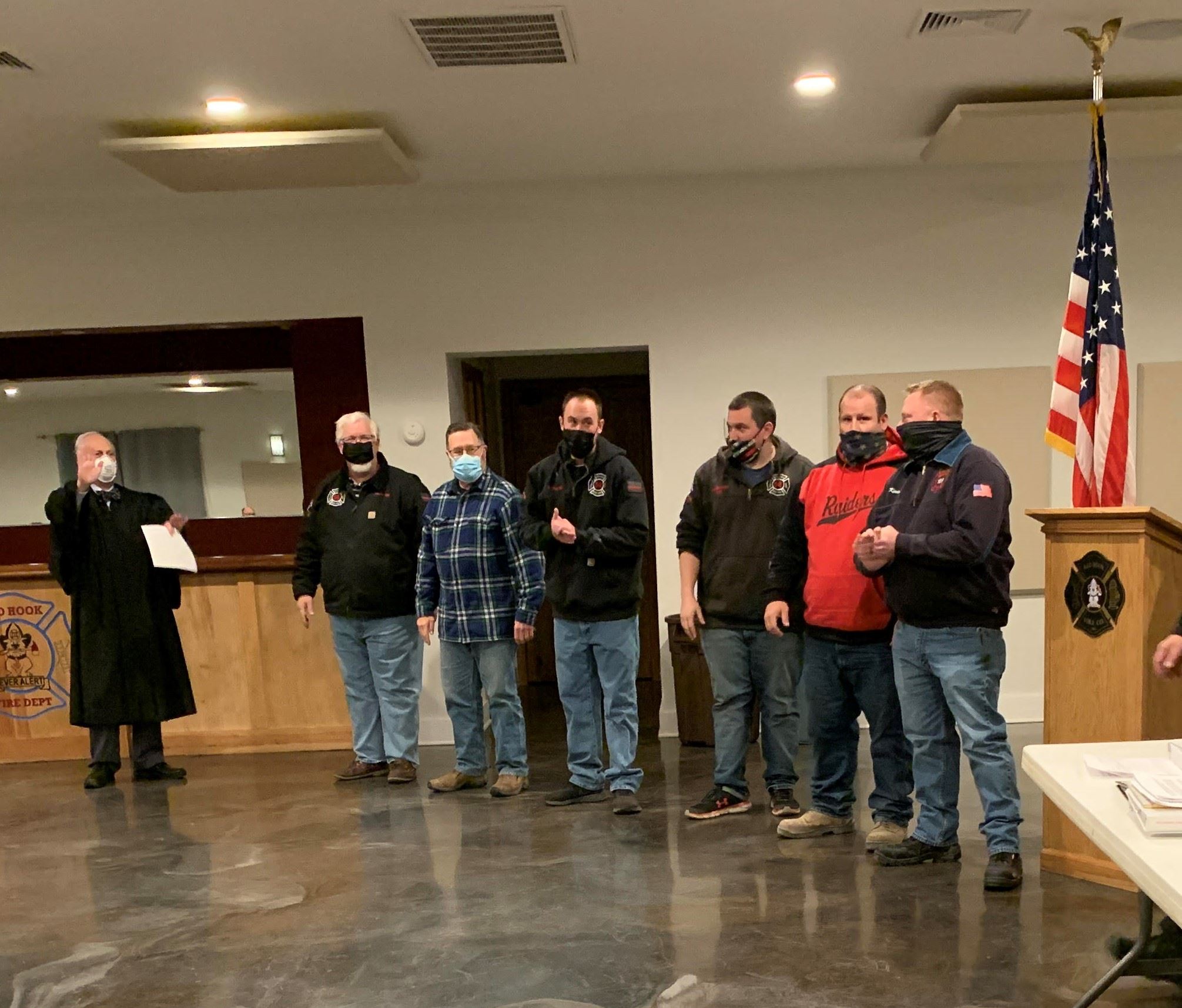 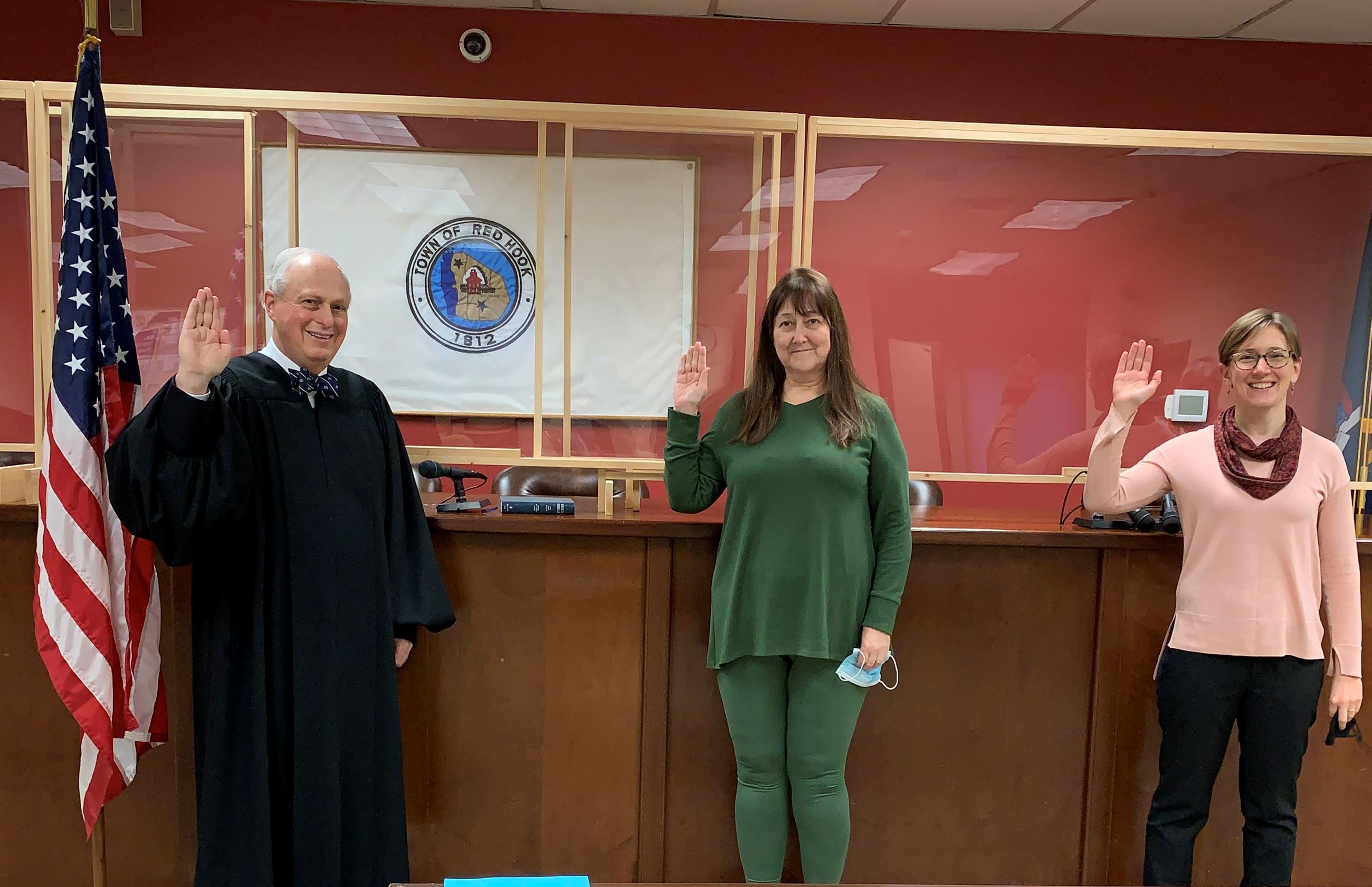 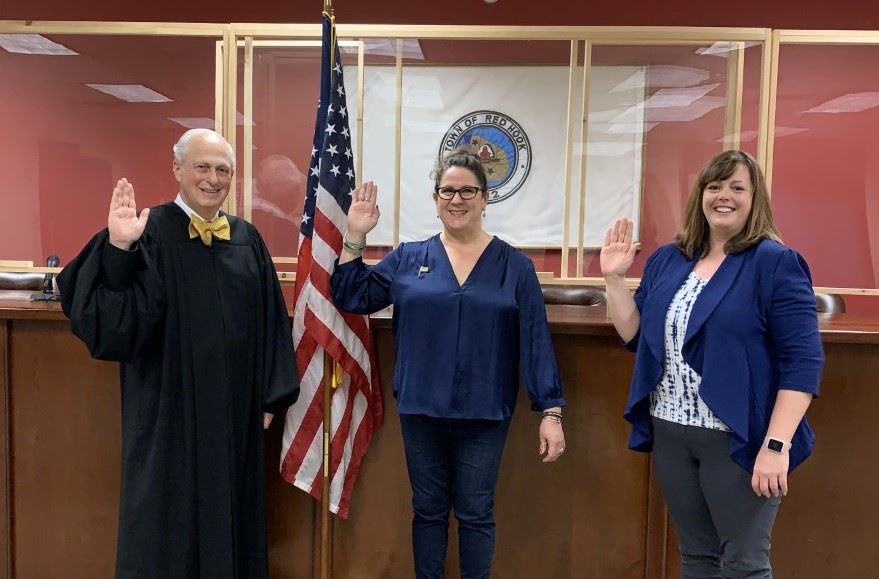 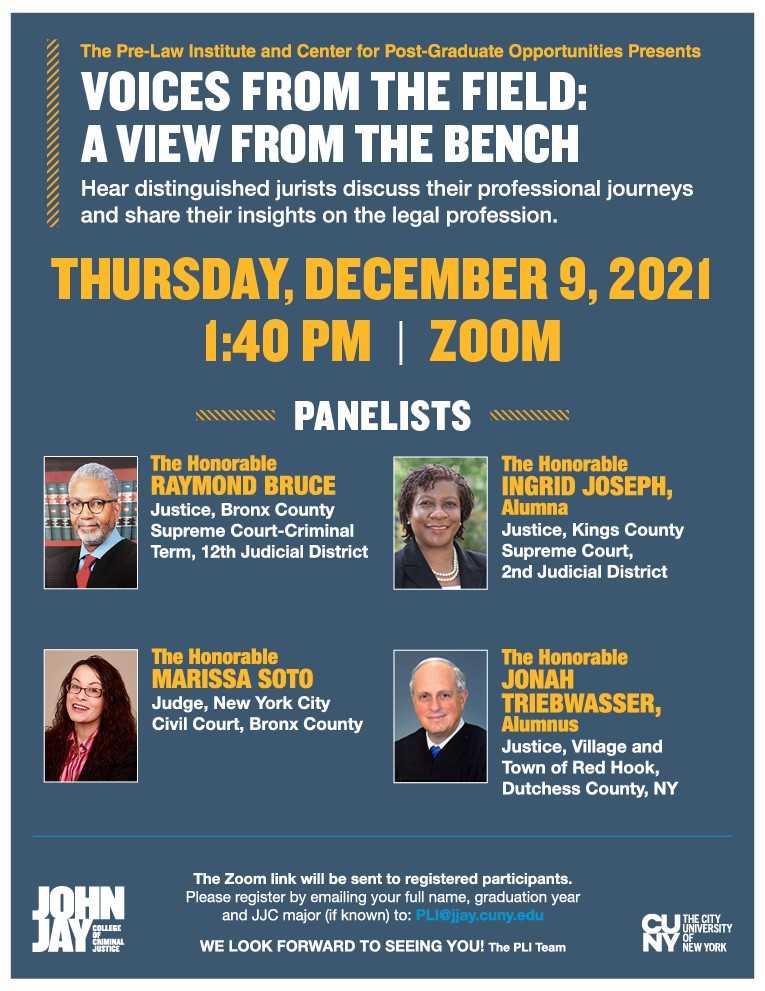 Judge Jonah Triebwasser was honored by his fellow judges in Columbia, Dutchess, Greene and Rensselaer counties for his 18 months of service as president of the New York State Magistrates Association during the Covid crisis.

The clock was presented to Judge Triebwasser by the Hon. Dr. Carrie O'Hare, President of the Columbia County Magistrates Association and justice in the Town of Stuyvesant. 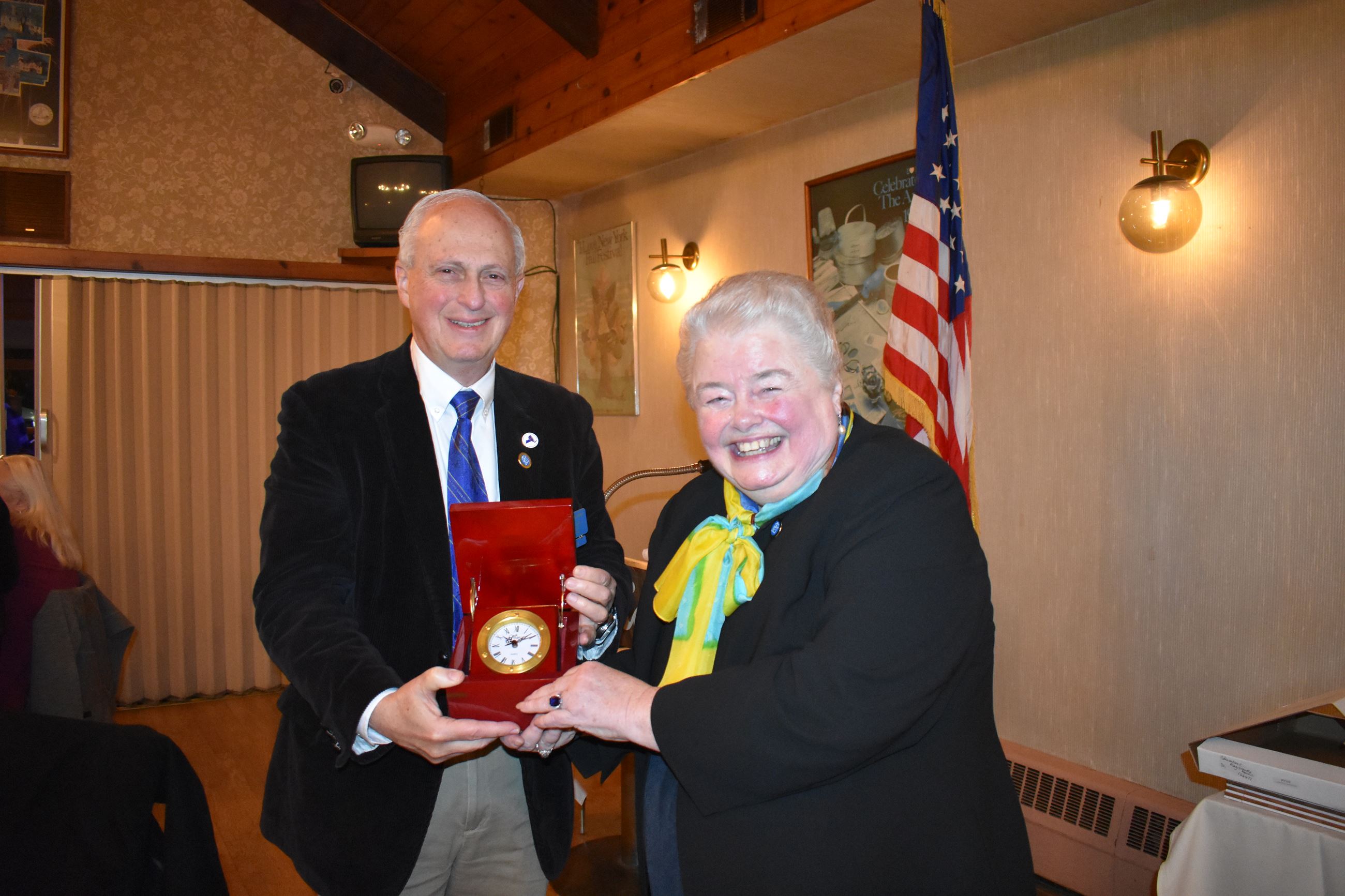 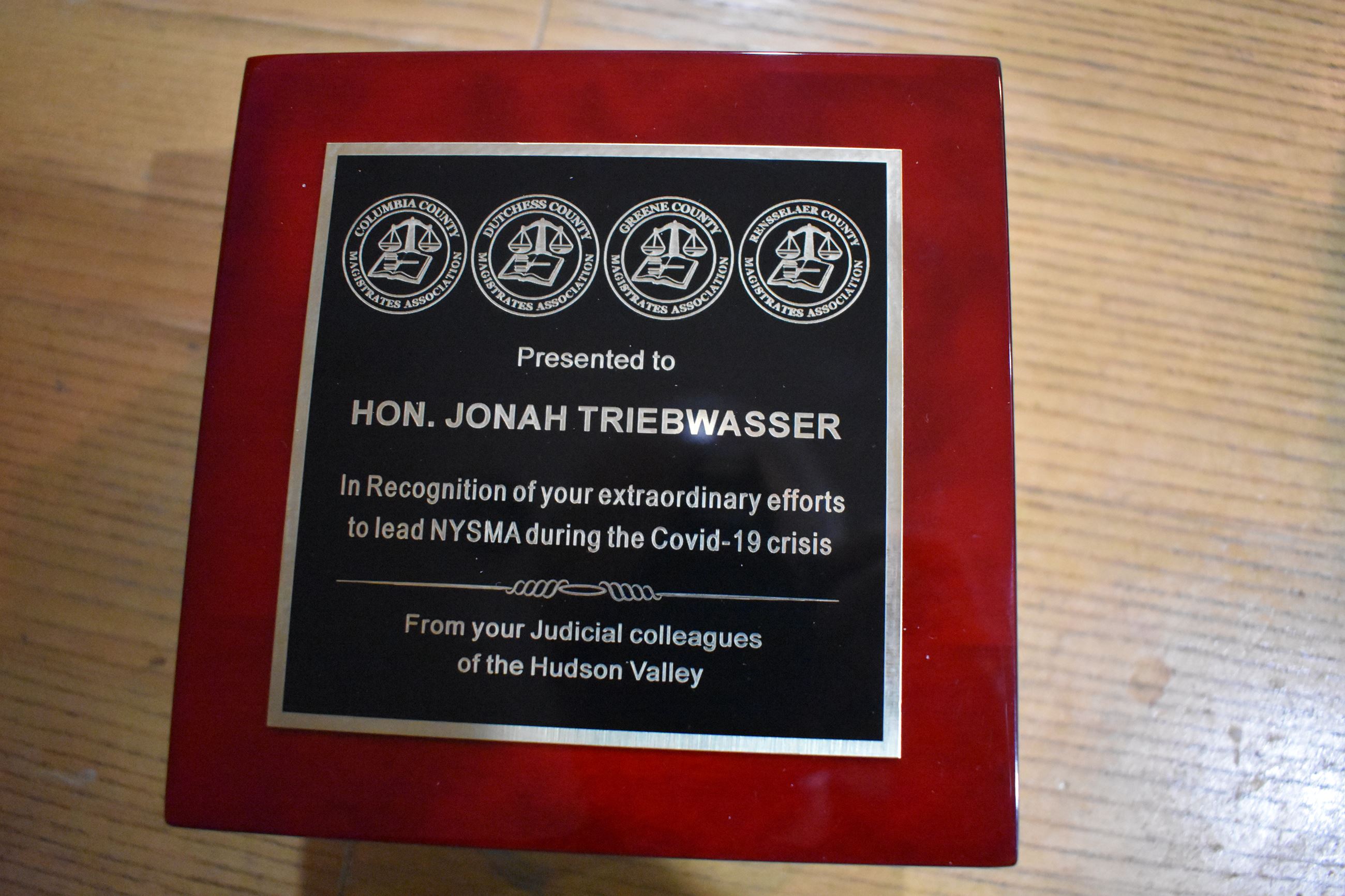 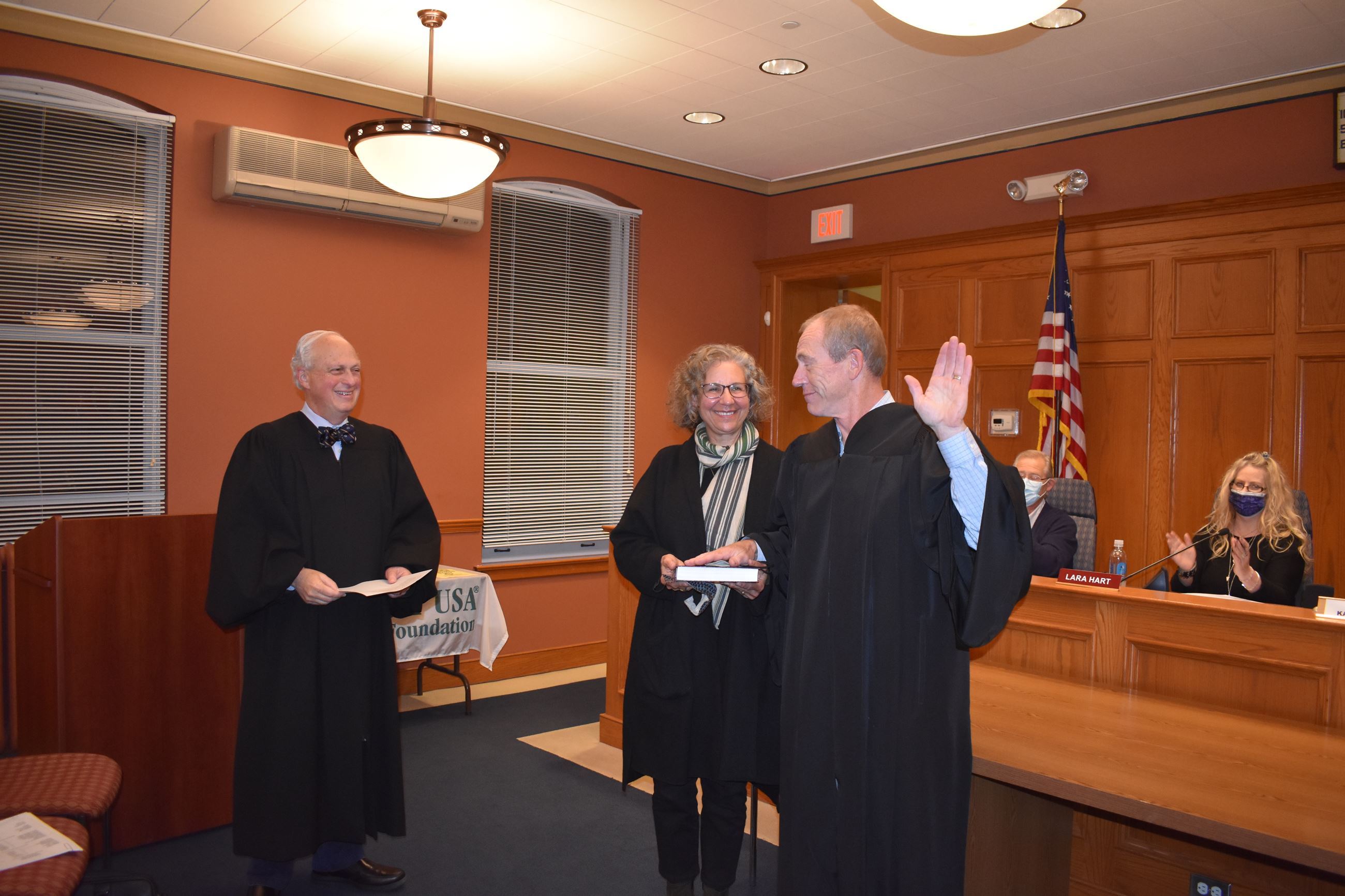 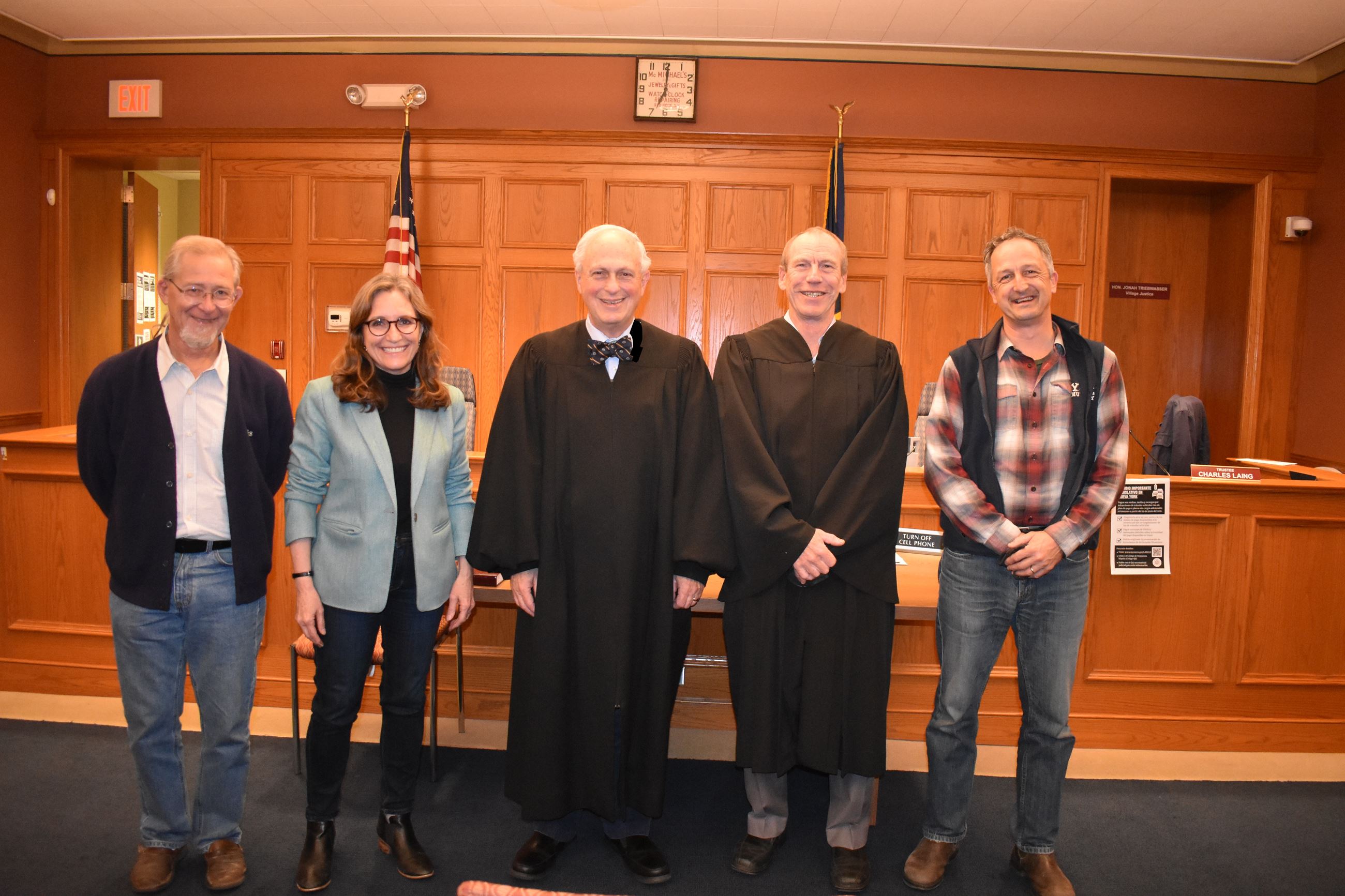 Judge Jonah Triebwasser attended the New York State Magistrates Association educational conference in Niagara Falls where he ended his term as President of the statewide judges' association. He turned over the blue gavel  of office to the new President, the Hon. Karl Manne of Herkirmer Town Court, and in turn Judge Manne presented Judge Triebwasser with the eagle sculpture. 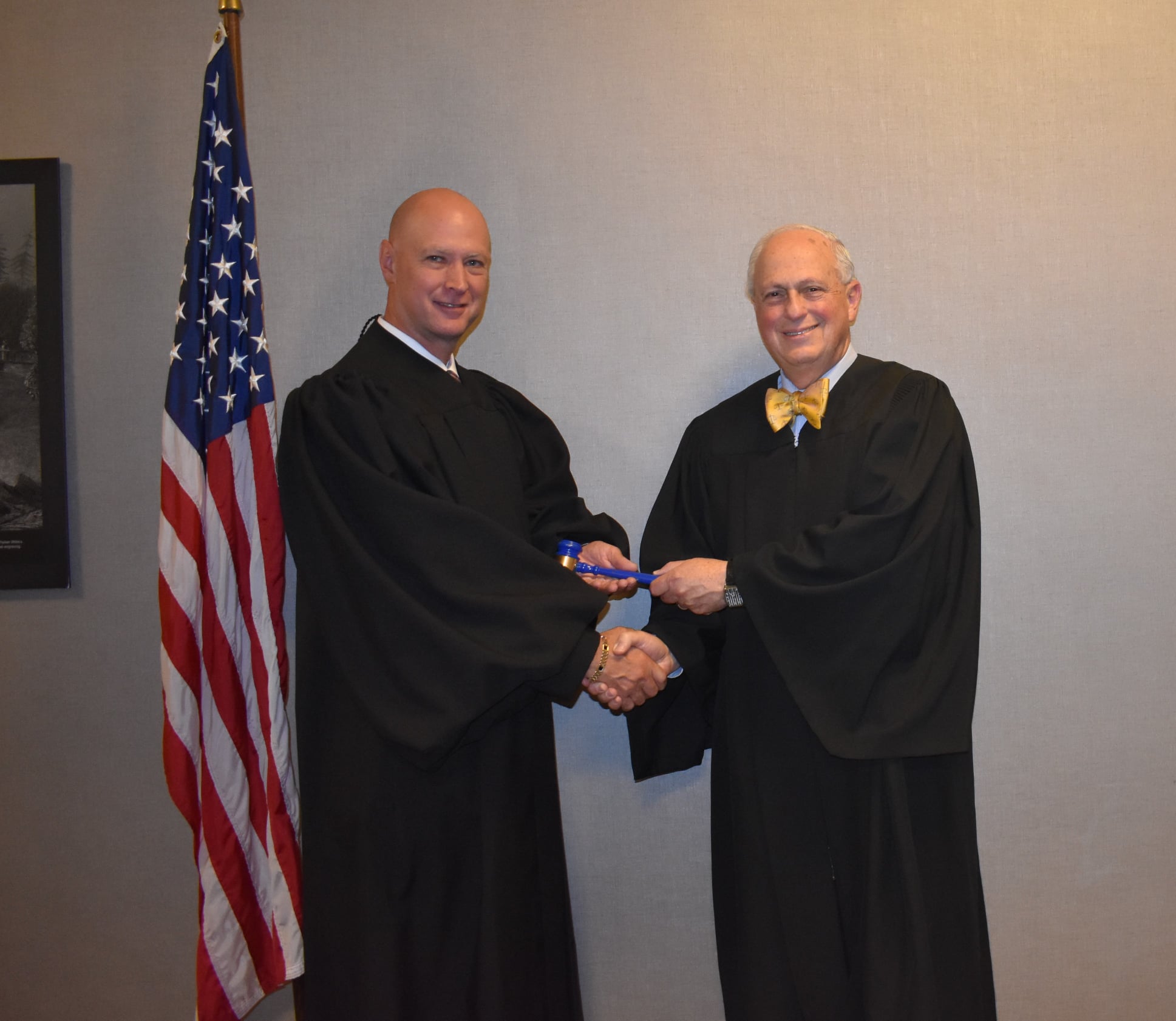 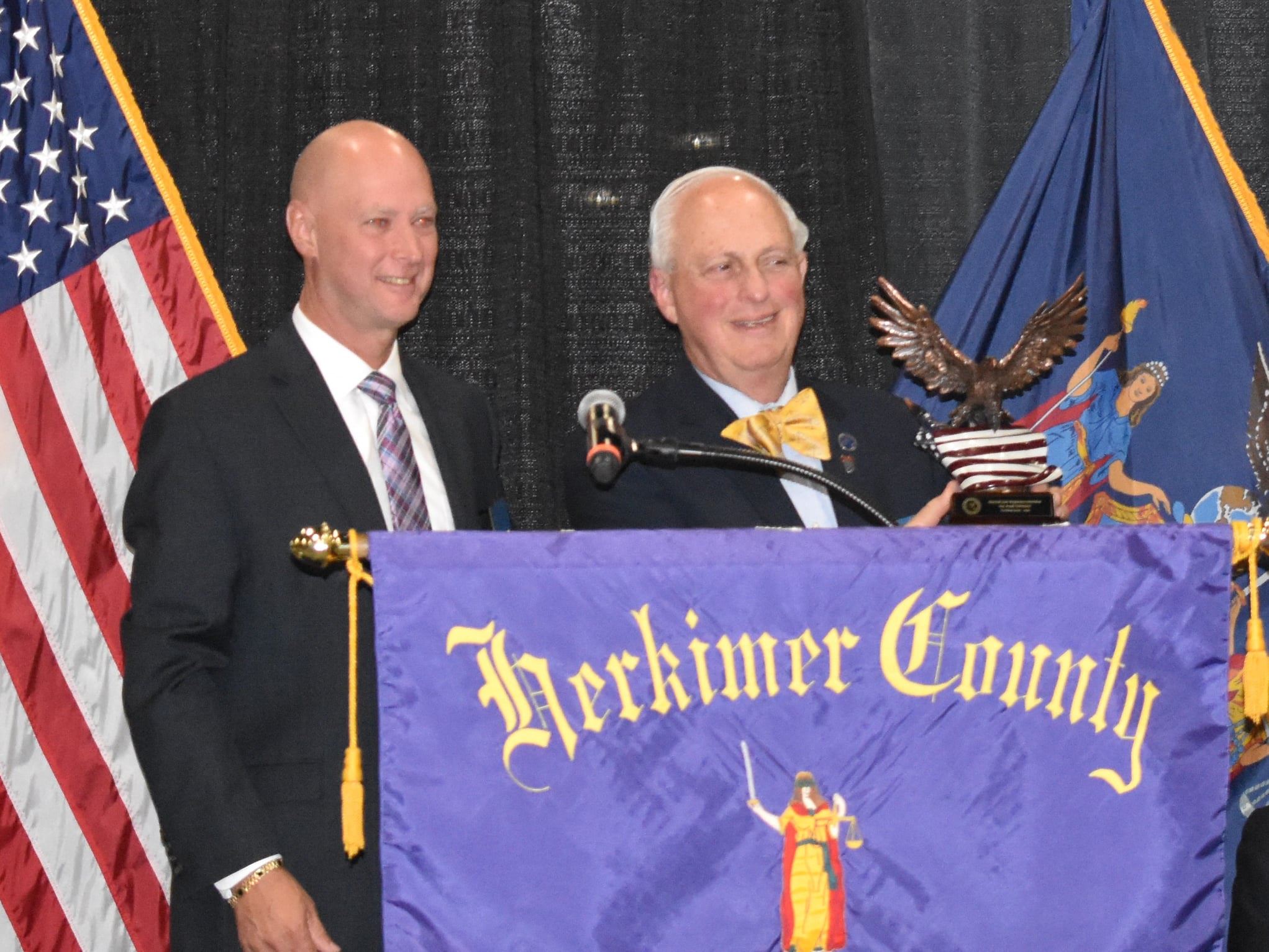 Judge Jonah Triebwasser administered the oath of office to the president of the New York State Association of Magistrates Court Clerks, Dawn Marie Klingner of Amenia, New York, at their conference in Albany. 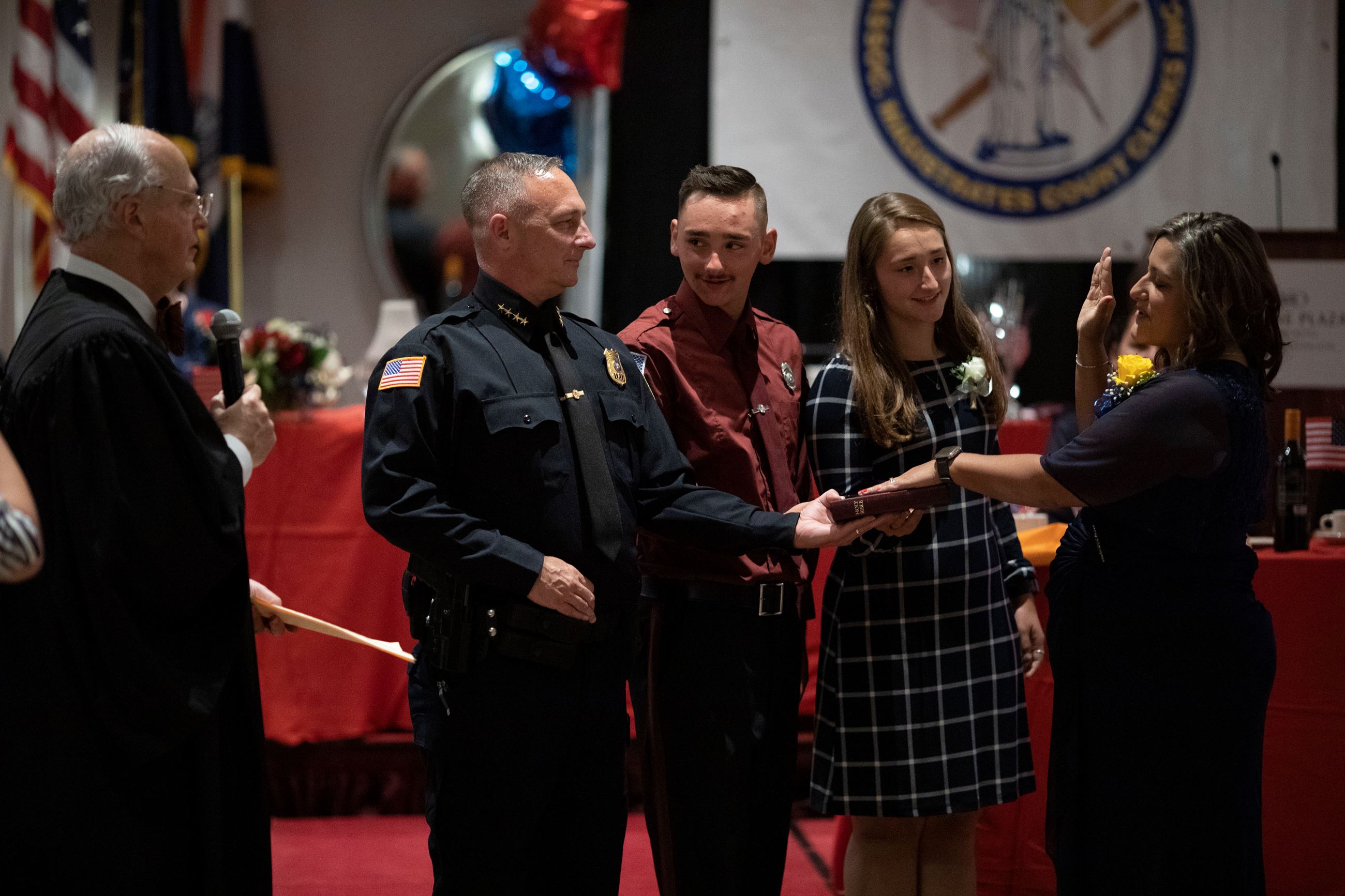 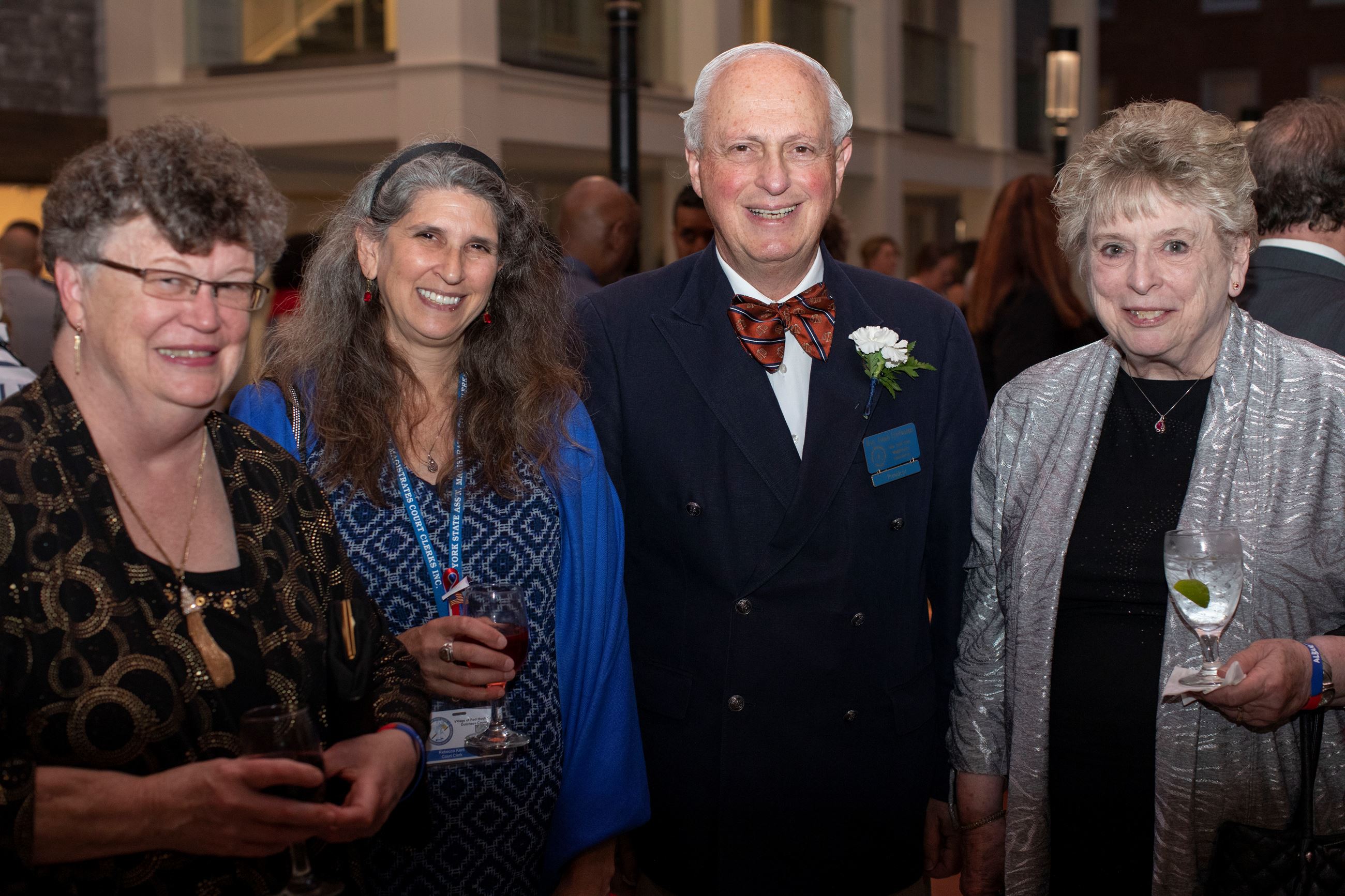 Judge Jonah Triebwasser administered the constitutional oath of office to the Village of Red Hook's new mayor, the Honorable Karen Smythe. Her husband, Neville, is holding the Bible. 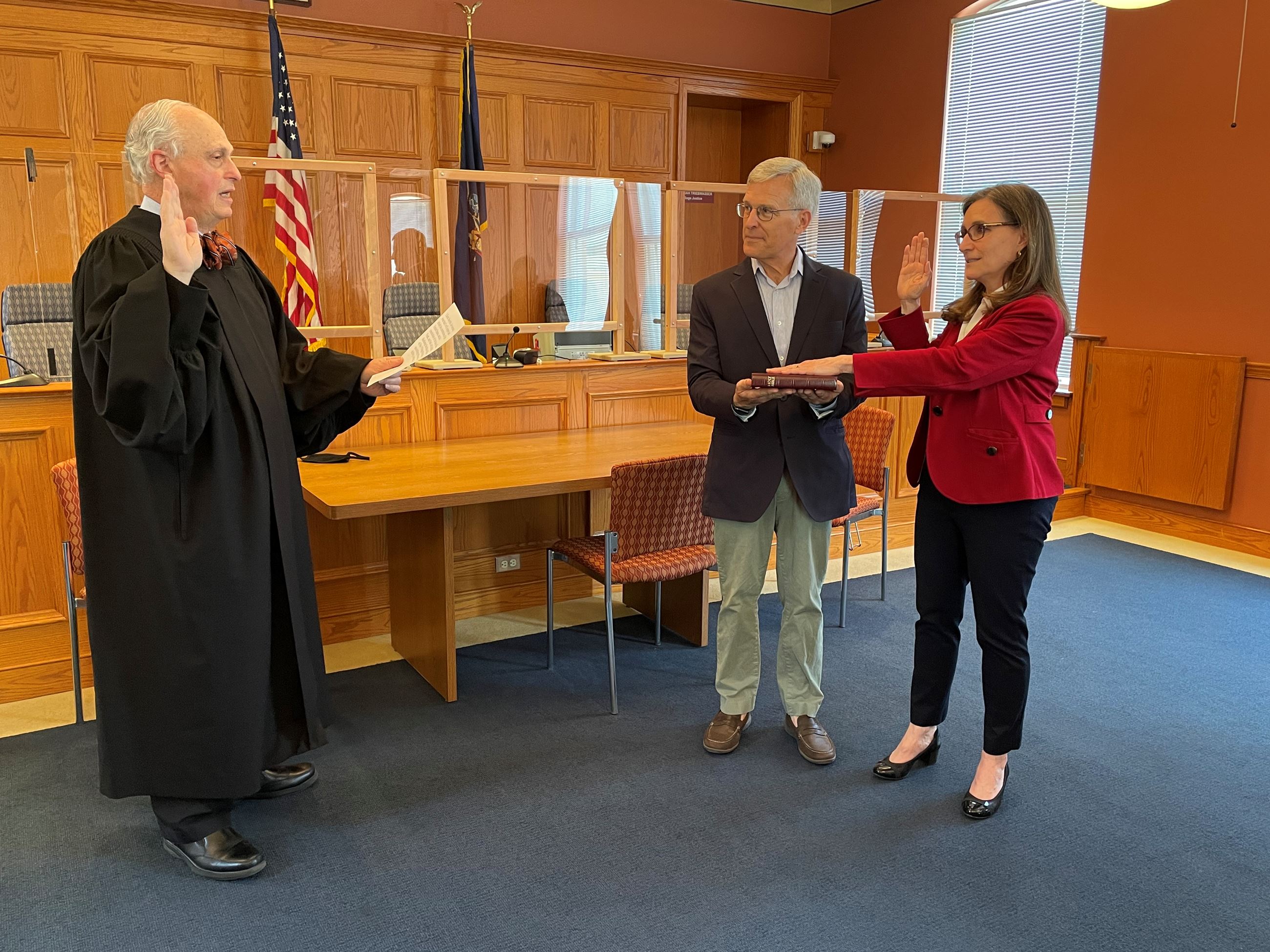 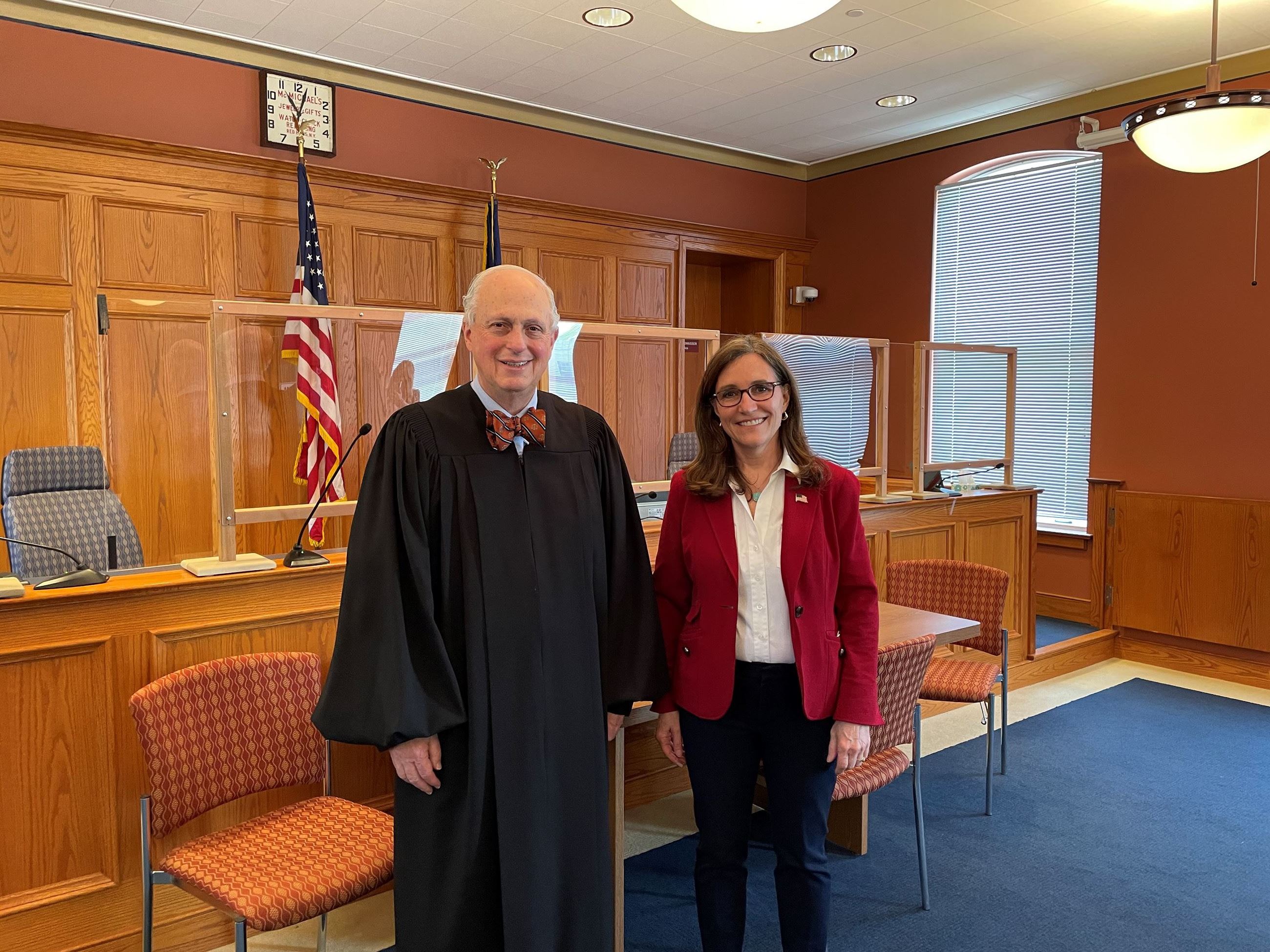 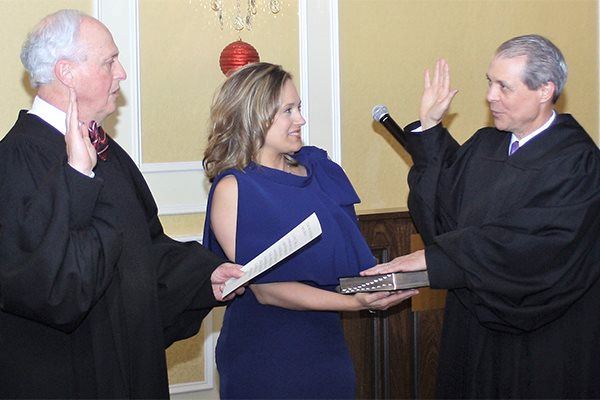 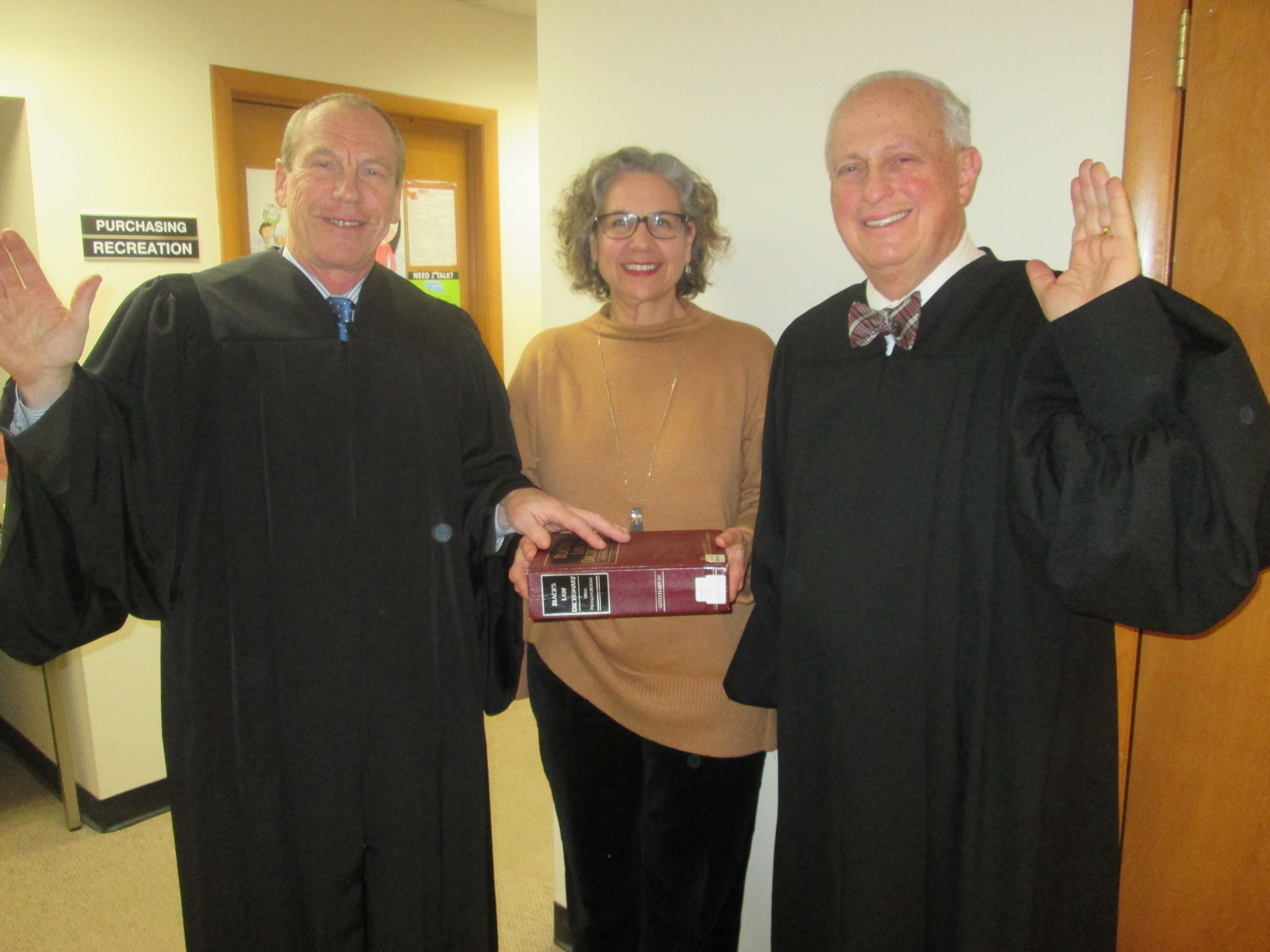 Judge Jonah administers the oath of office to the new Town of Pine Plains Justice, the Hon. Ibis Guzman. In the center is his wife Sarah. 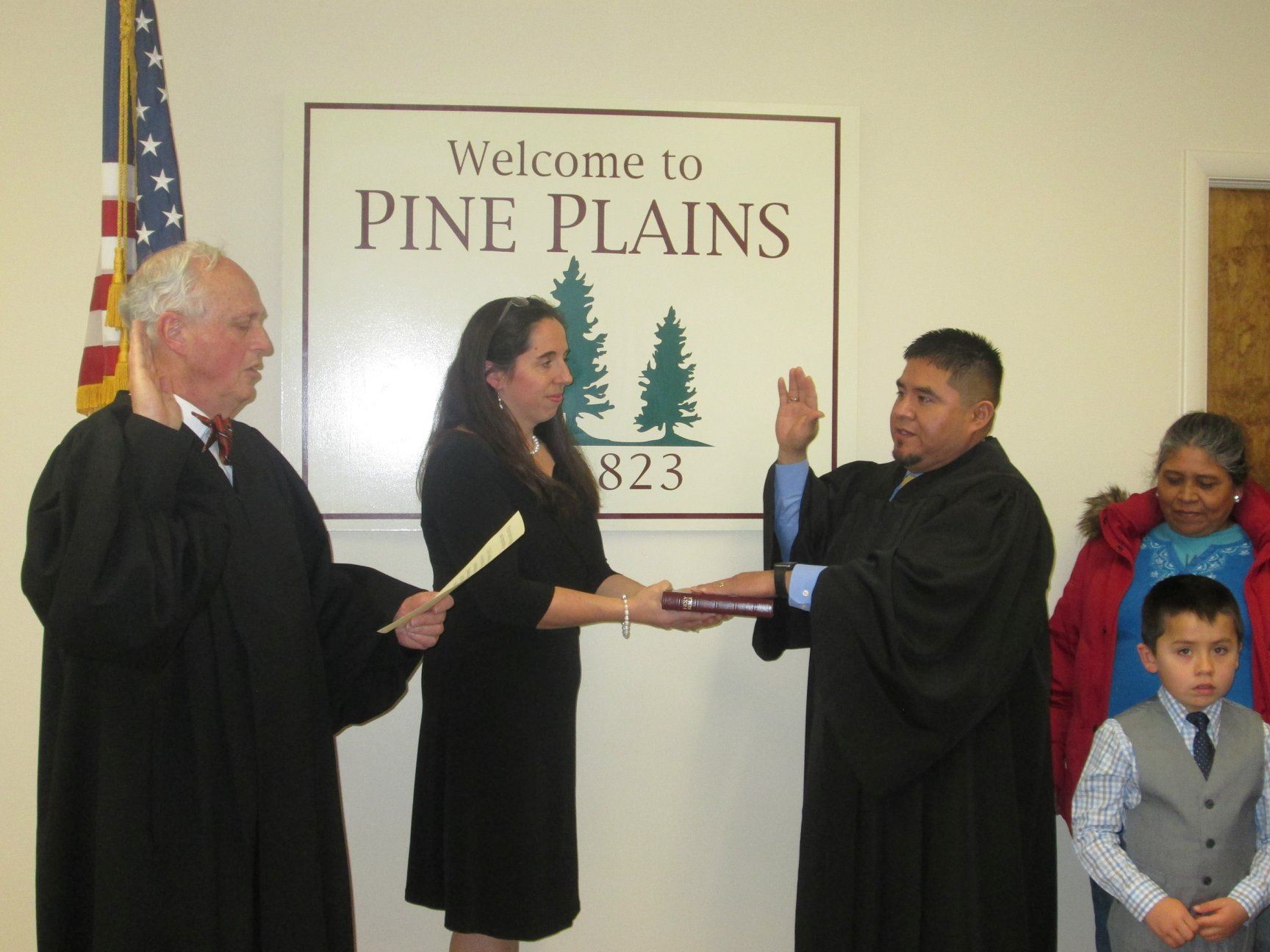 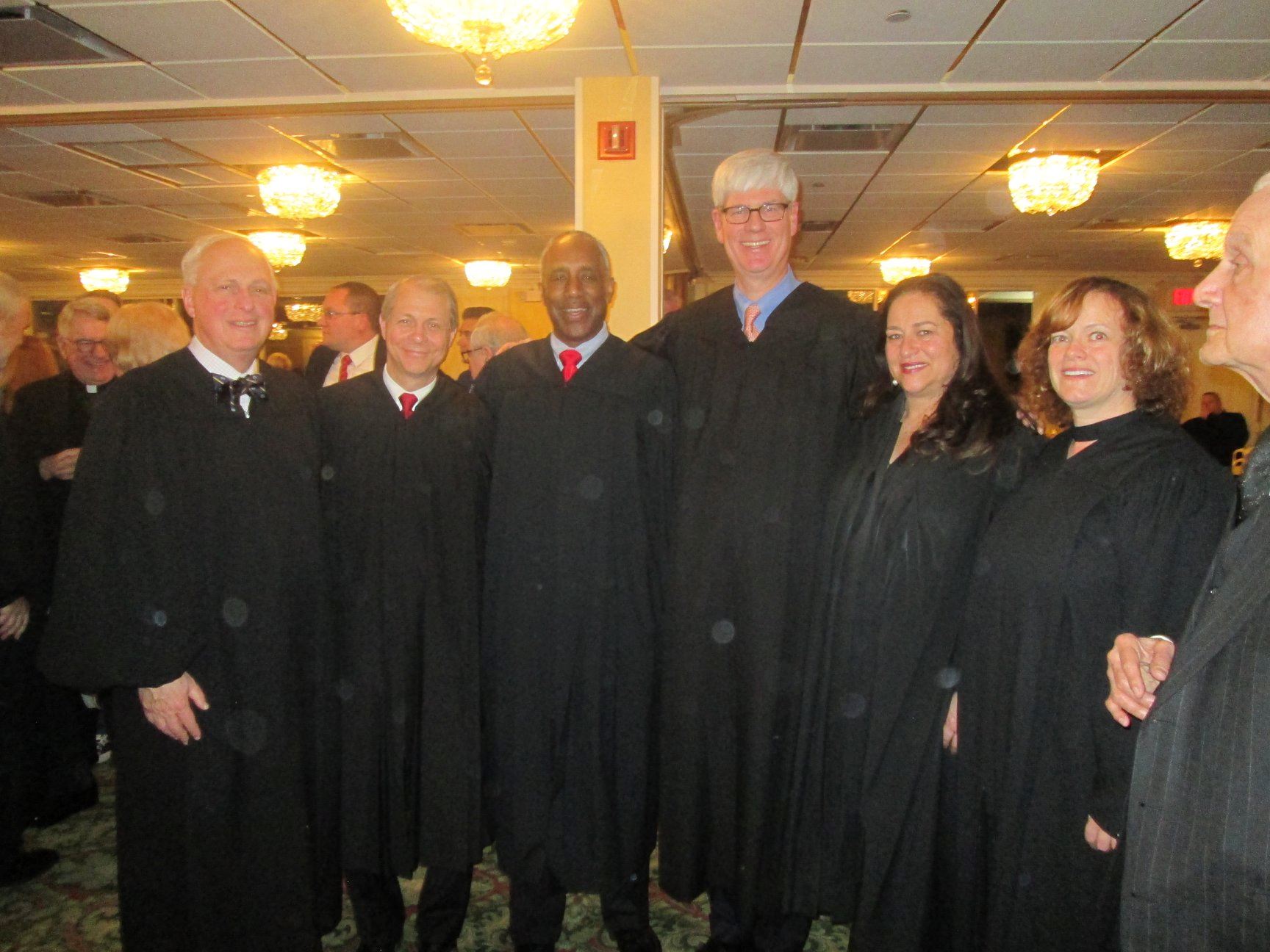 Many of the same judges celebrated as Judge Sullivan Bisceglia was sworn in as Town of LaGrange justice. 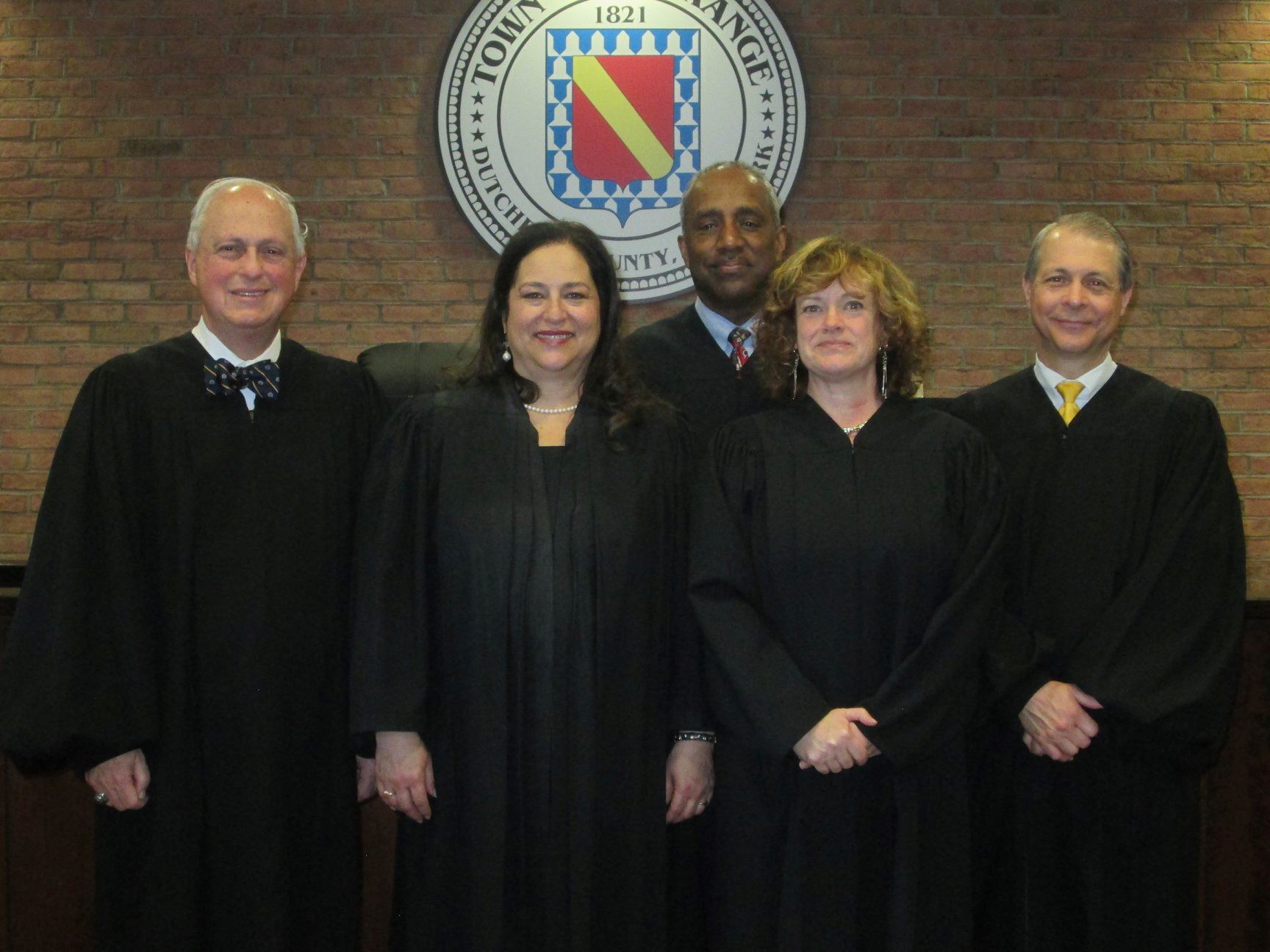